The Winter Season in the Middle East brings with it the best of what the region has to offer in the form of cultural events. Both tourists and residents can expect an uncountable number of concerts, fashion events, art exhibitions, racing events as well as opera performances hosted across the region. One of the most exciting and diverse festivals to be held during this season is the Winter at Tantora Cultural Festival, set to take place from December 19, 2019, to March 7, 2020, this year in the desert town of Al Ula in Tabuk of northwest Saudi Arabia.

Festivalgoers are in for performances by some incredible international artists like Latin popstar Enrique Iglesias, Italian opera singer Andrea Bocelli, American singer Lionel Rich, and English singer Craig David. The festival will also feature dance and heritage events,  a chance to soar above the landscape in a hot air balloon and a mass drone light show.

There is something for everyone at the Winter at Tantora Festival. Those seeking the thrill of an adrenaline rush will have a chance to go on a jeep ride between the rocky canyons, climb an ancient volcano or enjoy the scenic aircraft over the entire area. There’s also a helicopter tour offered where the tour operators show guests the untouched areas of the Red Sea in the country. On the other hand, for those visiting for the purpose of restoring their soul and finding peace, the lush oasis of AlUla offers a natural and quiet environment to mediate, and experience the calmness of the nighttime desert.

This edition of the festival is a special one because the first-ever desert polo tournament of Saudi Arabia is going to debut in cooperation with the Saudi Polo Federation from January 16 to January 18, 2020. “This tournament is a celebration of transformational journey that we know exists among young Saudi men and women and encourage greater level of participation in our sport” . To celebrate this occasion, Winter At Tantora will be offering special polo packages featuring an “Introduction to Polo” guide.

In addition, the festival will celebrate different kinds of weekends during the span of three months like the Modern Legends Weekend where disco-funk legends Kool & the Gang and Sister Sledge will take the stage, there’s also a Spanish prestige week where Jose Carreras will perform some of his greatest hits. The Spanish tenor is known for his performances in the operas of Verdi and Puccini. Classical music lovers will also have one whole weekend devoted to Beethoven, compositions of Omar Khairat and Yanni followed by a special show on February 14th – Valentine’s Day performed by Caracalla to celebrate “A Love Legend From The Oasis Of AlUla” – the enduring love story of Jamil  and Buthayana. 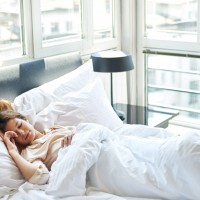